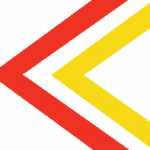 If you like I can make the website though I don't think I'll be very active here. Still I could help design coins or banknotes later on.

What do you think of using these coins? I'll see if I can come up with banknotes later once you create historical figures and if I have the time.

It's very nice!!! I can put them in the page. Traspes (talk)

Do you have plans to make maps?

Maybe but not yet, first I will create the neighbourhoods and all of the cities. Traspes (talk)

Can I create the page for Ciconia? From the maps, it looks to be the town closest to Pretana and the Julian Alps, so I'd think it would have a lot of mountain, snow and nature tourism and landmarks. 77topaz (talk) 04:10, October 20, 2014 (UTC)

Hey, you might like to see this. It shows decendants of Karl Van Draak and Isabella of Parma, common ancestors to wikinations' royal houses. It's a simplified version of the geni tree but I've highlighted monarchs in blue and current monarchs/claimants in red. 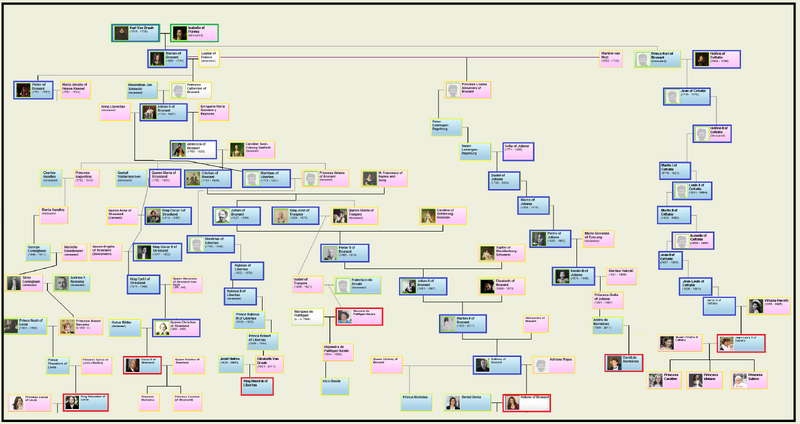 Wow, that's a very good tree! Everybody is so connected, but I didn't see all of it on the Geni website. I will check out how David de Berniers is related to the other royals so I can put in his page. But you forgot to include the children of Queen Helene, King Sebastian. Traspes - Dianna Bartol

Any ideas on what some local foods would be?

Ok. I can go to the chat. Traspes - Dianna Bartol

If you don't mind, I reverted some of Happy's edits - he changed around already established history in order to promote his club NK Partena. 77topaz (talk) 22:52, April 4, 2015 (UTC)

We should twin some cities of Juliana with Brunanter ones.

It's good. I can put it. Traspes - Dianna Bartol

Yes, it's okay. What cities do you think?? Traspes - Dianna Bartol

I think you should update the transport section of the Juliana page and Pisona Santa Maria Station; they still reference the previous location of Juliana. 77topaz (talk) 09:03, June 7, 2015 (UTC)

Thank you. I can do it. Traspes - Dianna Bartol

But in the map, Trieste is very close to Juliana. Traspes - Dianna Bartol

It's a cool idea. I already put the newspaper of the Soviet Invasion, but it only was one page. I think, December 1981 is a good year. In that period the government was sending soldiers against protestors in Strivica, sending the military in the country and almost martial law. Traspes - Dianna Bartol

Ooh, that sounds interesting. Do you think you could post some sort of message from the military/governemnt announcing measures liek curfews, military in the streets etc. and other rules for the step before a full martial law? I can start to work on a few news articles and if you have ideas go ahead and post them.

To the people of Juliana!

Since we have a severe crisis in our cities, in our country, we have to work to ensure that security, order and the safety of our people are maintained. It is necessary that we work to restore that and our nation's glory, as much worse could happen to everybody.

Were First Secretary Anton Berčič still alive, he would have rallied every countryman and we would be at complete peace. As he is not with us we must jon together and unite behind his memory to perserve Juliana.

The Central Committee of the Communist Party along with the Congress of deputies have authorized a number of emergency decrees and measures to be instituted in order to ensure our national safety and the safety of the people.

1. All citizens must follow and obey every order posted by the Central Committee, the Congress of Deputies and any other organ of the government.

2. Every order of a member of the Julianan Army and the police must be obeyed without any question to ensure our security.

3. All citizens must carry identity documents in public from the age of 13 to better keep order.

4. Large public meetings are now prohibited because of the risk of leading to violence against other people.

5. A curfew will be in place from 21:00 every night with exceptions by prior permission by the competent authority.

6. All people are prohibited from passing around any kind of publication or document without the permission of the competent authority.

7. Any able-bodied male from 16 years old may be called up to military service with the army to restore and maintain order.

8. Reguar ritizens may be called up to serve with the civil defense at any time as needed for the nation's security.

9. Travel out of Juliana, for tourism, buisness and other is to be limited to only the most important cases.

10. People who are considered at a risk of carrying out ilegal activities against the State may be detained.

All citizens are require to follow these regulations. Not doing that will result in further consequences as written in the national constitution.

Great. I might just add some more official sounding words in there but great. This is not a declaration of Martial Law though, as was done in Poland?

Btw I've made the first page of the paper. See Glas Julianska/10 December 1981.

Okay, I will look at that. Traspes - Dianna Bartol

1) ASEAN and ACD - Joining the IWO will allow your buisness and economy grow in to South East Asian countries and other Asian Countries between the ACD.
2) Pacific Trade - Joining the IWO will improve your Asia-Pacific Trade as we are a great trade route from Asia-Pacific to the Americas.
3) Resources - We have a vast supply of oil, gold and copper. We also plant bananas, pineapples and mangos, and we ship them off to other countries.
4) Relations with other Asian countries - Since we are a member of APEC, ASEAN and ACD, your country can benifit on making trade deals, starting new companies etc.
5) Economy - We are one of the richest countries, due to oil, gold and other sucessful companies like Air Phaluhm, PTV and the Kaliybatan Corporation, which owns buisnesses such as Pham-Su. FlyPhoueck, Themn, Tempest and Liberalty Bank.
Hows this? Lancededcena (talk) 18:18, October 8, 2015 (UTC)

There will be presidential elections in Juliana in 2017. What about a restoration of the monarchy? Otherwise, I will pick up my character for the upcoming elections. Wabba The I (talk) 18:36, November 13, 2016 (UTC)

The monarchy of Juliana is historical. People like a lot the republic. Traspes - Dianna Bartol

So, there were presidential elections in January 2017. Was independente Marco Gaspar re-elected or did another politician (SD, PB) took office? Wabba The I (talk) 09:10, November 8, 2017 (UTC)

If you're around check out some of the recent changes to the Royal Family. I think there needs to be better work to be done instead of just inserting to it, but up to you I guess. horton11 21:01, February 3, 2020 (UTC)

Retrieved from "https://wikijuliana.fandom.com/wiki/User_talk:Traspes?oldid=6507"
Community content is available under CC-BY-SA unless otherwise noted.